History of the Civic Center Cottage 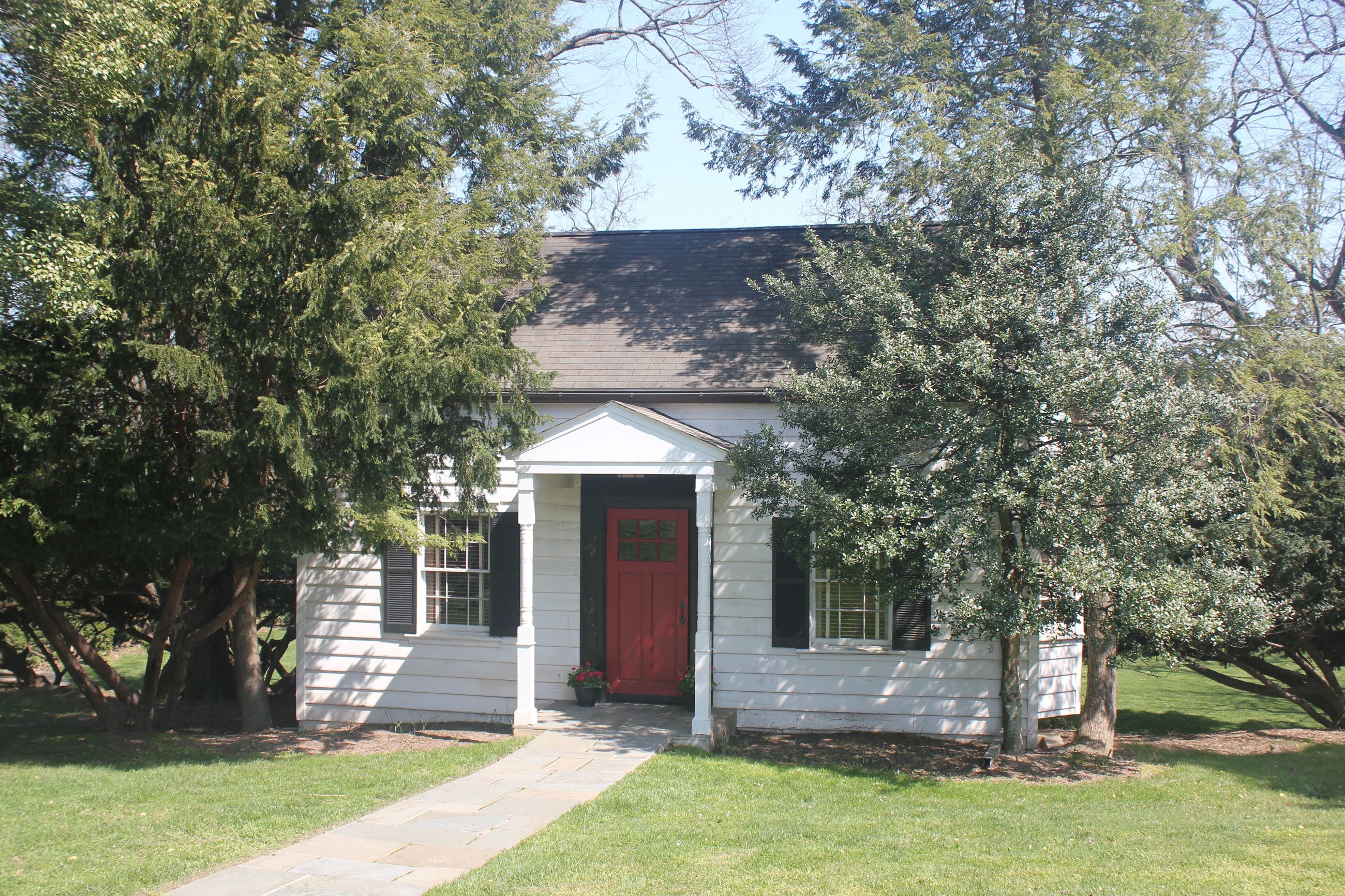 In 1918, Irene Moore Smith purchased the Glenview estate (now the Rockville Civic Center Park). After the death of Mr. Smith, Irene married Dr. James Alexander Lyon. Together they completed the major renovations to the property, including the addition of the formal gardens and landscaping east of the Mansion. The Lyons had one child, Elizabeth (Betsy) Moore Lyon, born in 1926. In 1938, Dr. Lyon saw designs for a doll's house in a movie magazine. Using these plans, he had a full-scale replica built for his daughter as a playhouse at a cost of $23,000. The playhouse exists today and is known as the Civic Center Cottage. With only minor changes from its original construction, it retains much of the original features which it had when Betsy played there.

Recollections of the playhouse by early visitors indicate that it consisted of one large room with a fireplace and warming oven to the left. There was a winding staircase to the loft, in which there were bunk beds and a small bathroom with toilet, washbasin, and sink. On a small table at the foot of the stairs was a French telephone, which was part of the 16-station house intercom system and an outside phone. Opposite the fireplace was a large bay window with a window seat flanked by corner cupboards. The walls of the principal room were pine paneled. At the left of the rear wall there was an entrance to the former kitchen (now a powder room). It originally contained a sink, stove, cabinets, and a refrigerator. To the right of the former kitchen was the sleeping porch. The porch was accessed through a pair of French doors with side lights that flanked the opening.

The exterior of the playhouse was finished with clapboard. The sleeping porch was screen enclosed and had ornamental iron railing paralleling the windows. Under the sleeping porch, three archways led from the basement to the ground level: The large quadrangular-shaped yard behind the playhouse was intended to have been the site of a swimming pool or tennis court. The quadrangle was ringed with boxwood shrubbery.

Mrs. Lyon died in 1950, and Dr. Lyon sold Glenview in 1953. The property was bought by the Montgomery County Historical Society as a home for its collection of county memorabilia. The property proved too costly to operate and maintain and therefore, in 1957, it was sold to the City of Rockville. The city has used the Cottage as a classroom, a home for camps and classes, and for over 10 years the Glenview docents operated a gift shop. In 1999, the Cottage underwent interior renovations to restore it as much as possible to its original appearance. The Cottage is now used for meetings, retreats, conferences, and small parties.